Catnip’s scientific name is Nepeta cataria and it belongs to the mint family.   Aka catswort, catnip and fieldbalm. 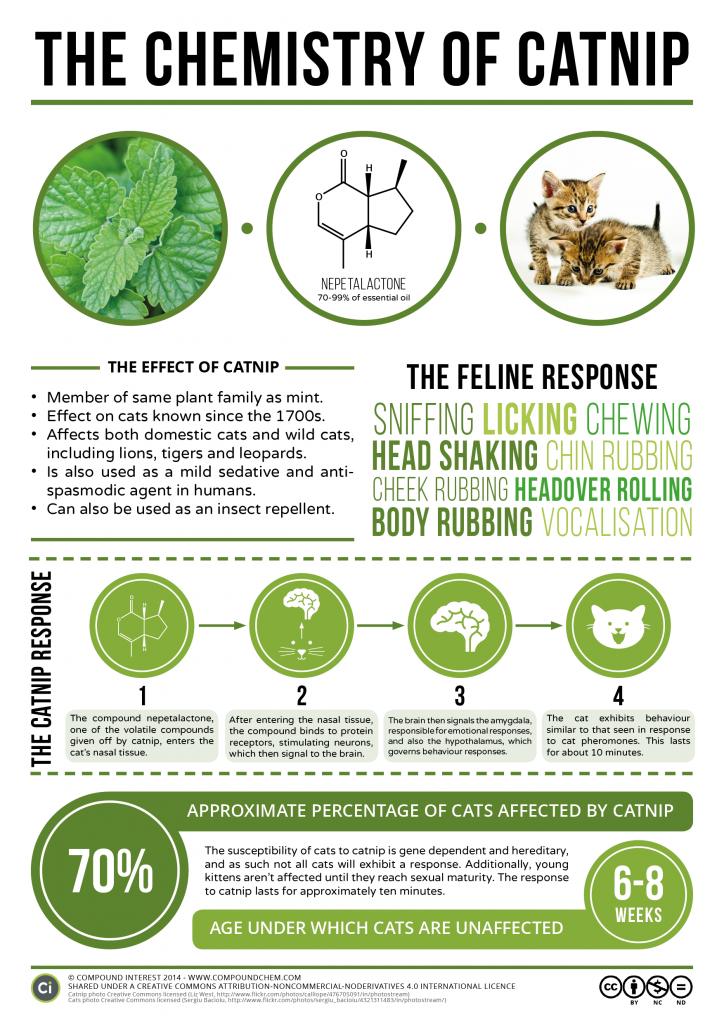 The height of this plant is 24 to 36 inches It has heart shaped toothed leaves which appears grayish in color due to the presence of fine downy hairs on it.

Due to the medical properties of catnip it has been long used in traditional healing for treating several health problems. This plant can be good for digestion; it acts as a sedative, tranquilizer, promoter of menstruation, effective cure for infant colic etc. A remedy for cough and cold, mints give relief in case of chest congestion and also loosens and relaxes muscles. This plant promotes sweating, which is traditional way of treating fever. The leaves of this plant are often chewed to give relief in case of toothache and it is also smoked to treat asthma and bronchitis. During the later half of 1960’s smoking catnip became very popular and it was used as a hallucinogen. The effect of catnip on humans varies greatly depending on the way it is consumed.   The flowers of this plant can be white or lavender in color with purple reddish spots. This plant has a minty type of fragrance and blooms for 3 or 4 months starting from June up to September. Nepetalactone is an active ingredient of the plant. The presence of Nepetalactone affects the nervous system of both humans and cats, although in a different manner.

Effects Many people who drink catnip tea report that it has a slight hypnotic effect and can cause good sleep, it also helps to relax when taken after a hard day of work. The potency of this particular type of tea depends on how long the plant has been steeped.

The leaves or flowers of catnip are first dried and then later used for smoking. Generally when this plant is smoked it warms the entire body, it produces a sense of calm and relaxation and sometimes a mild sense of euphoria coupled with giddiness. Smoking this plant does not have visionary effects. However if a mixture is made of catnip and other dream enhancing type of herbs like damiana or valerian root it can have dream enhancing effects.

If a small dose of this plant is taken ie 1.o grams the effect is not long lasting and continues for only a few hours. People return to their normal state with a mild or no handover. Overall it can be said that smoking catnip produces a good experience.

Intake of catnip by humans can have some common side effects like headache or nausea, if taken in large dose, people may feel dizzy after smoking it. Pregnant women should avoid smoking or drinking catnip as this plant can potentially cause uterine contractions.

The Food and Drug Administration has termed catnip as a plant of undefined safety. However it must be noted that there has been no reports of toxic reaction to this plant which makes it fit for smoking. Catnip isn't just for fun for cats, it has healing properties
June 7, 2016